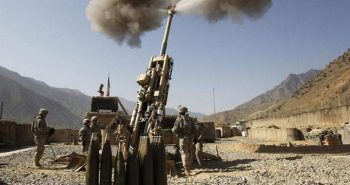 This is the first deal for artillery guns since the Bofors scandal in 1980s.

The air portable 155mm/39 calibre gun, with maximum range of 30 km, is manufactured by BAE Systems.

Welcoming the signing of the agreement, BAE system in a statement said: “The company anticipates signing a contract in the coming weeks with the US Department of Defense to supply these M777 Howitzers to the Indian Army.”

The $737 million contract has a 30 per cent offset clause worth around $200 million.

Out of 145 guns, BAE will deliver 25 guns and rest 120 will be assembled in India by Mahindra.