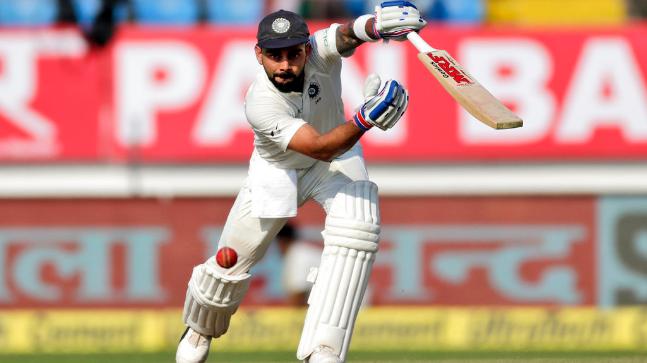 While Virat Kohli will hold the key, India will also want their lower order to come good as they target a big first-innings score on Day two of the first Test against West Indies at the Saurashtra Cricket Association Stadium here on Friday. Day 2 Score: India 399/4, Virat Kohli 88*, Rishabh Pant 36*

It was a long day for West Indian bowlers on the field as the Indian batsmen opened a run-fest posting 364/4 at the stumps after the hosts elected to bat on the opening day of the first test, here on Thursday.Kohli was batting on 72 and was in sight of a century. Wicketkeeper-batsman Rishabh Pant, on 17, partnered with Kohli at the close of play in Rajkot.

Subsequently, skipper Virat Kohli and Ajinkya Rahane built on it with a century stand, but only one of them made it to stumps. Rahane tried to cut a Roston Chase’s delivery skidding away from him and in the process got too far leg side of that to middle it giving wicketkeeper a simple catch. The Indian vice-captain missed out on yet another half-century making 41.