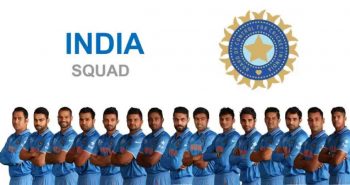 As you know that present time India’s all players are playing very well. And India is stand in the top position in the all format of cricket such as One Day, T20, and Test all.

Here is a look at India’s cricket schedule for 2017:

June1-19: ICC Champions Trophy in the UK (India are the defending champions).

July: West Indies vs India in the Caribbean limited-overs series: 5 ODIs and 1 T20.

November-December: India vs Pakistan in India: 3 Tests, 5 ODIs and 2 T20s

Note: This is only a tentative schedule, according to the FTP, and it is subject to change, while there could be extra matches or series added as well.

Bumrah rested for next match