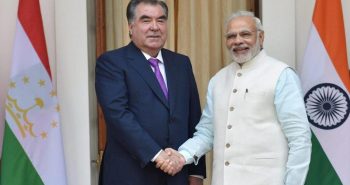 In a joint press statement, Prime Minister Modi said both the countries face multiple security challenges in their extended neighbourhood and have decided to strengthen cooperation in addressing the issue of terrorism and radicalism.

“The threat from terrorism endangers not just our two countries. It casts a long shadow of violence and instability over the entire region,” the Prime Minister added.

India and Tajikistan will celebrate the 25th Anniversary of diplomatic relations next year.

The two countries have robust cooperation in the areas of defence, counter-terrorism, science and technology, culture and tourism.