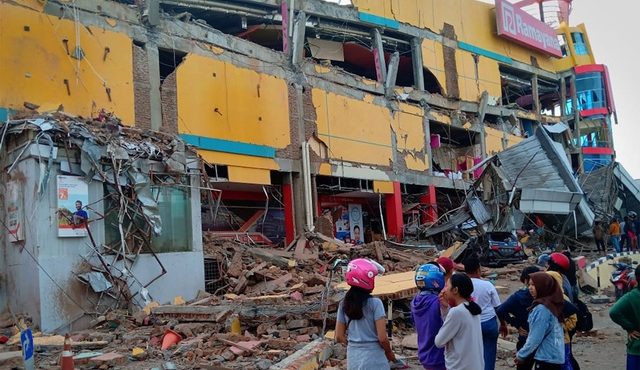 Many bodies were found on Saturday along the shoreline of the Indonesian city of Palu on Sulawesi island which was hit by a major earthquake and tsunami, as the death toll rose to 48 people and hundreds unaccounted for, authorities said.

Strong aftershocks continued to rock the coastal city on Saturday morning after waves up to three metres (9.8 feet) high swept through the scenic tourist town, triggered by a 7.5 magnitude earthquake on land.At least 48 people had been killed and the death toll was expected to rise, said Nugroho.

Bodies of some victims were found trapped under the rubble of collapsed buildings, he said, adding that more than 350 people were injured. Dozens of injured people were being treated in makeshift medical tents set up outdoors