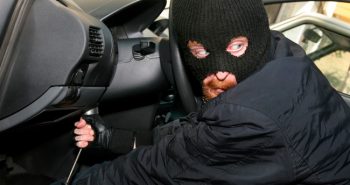 In  Delhi a car owner who could not get his insurance approved after the theft of his vehicle in 1999 ,was ordered by the court to recover Rs.3.5 lakh from Oriental Insurance Company.  In Parliament street in front of ABN Amro bank the Maruthi  Zen car was stolen.  Mr.Madan Lal Gupta parked his vehicle there.  A FIR was immediately lodged with the Connaught Place police.  The police reported the vehicle as untraced after a month so he filed a complaint with the insurance company.  He repeatedly approached but he could not succeed.  The company did not process his claim.  Consumer forum received Mr.Gupta’s complaint  but later he withdrew the complaint ,being time barred.  In 2013 he filed a suit in the court .It was to the judge Kamini Lau for the recovery of his claim.  Citing it was time barred the insurer opposed it.  “The entire testimony of the plaintiff has gone uncontroverted and unrebutted.  The defendant [insurance company] had received all the required documents from the plaintiff with regard to his claim, and it is on the basis of the same that they had informed the plaintiff [in 2015] that the matter was still pending,’’ Dr. Lau said.   “The defendant has not filed any documents before this court with regard to the rejection and closing of the claims of the plaintiff,’’ the judge said.  “Hence, under the given circumstances, I hold that the plaintiff is entitled to the recovery of the claim of Rs. 3,50,000,’’ the judge ordered.