iPhone 8 will be all screen in the front 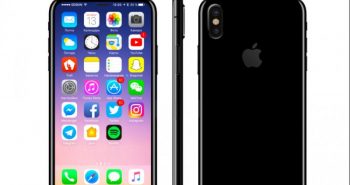 There are a lot of speculations surrounding Apple’s upcoming iPhone 8 device. Early reports of the smartphone suggested that the device will come equipped with an edge-to-edge front display. Now a new report by iDrop News claims that Foxconn (the Chinese manufacturer who builds iPhone for Apple) is working on an all-screen display for the device.

“According to Benjamin Geskin, reporting to iDrop News, the informant divulged there are two iPhone 8 prototypes currently being tested,” the report read.

“The first model features Touch ID on the rear, however, the second model does in fact feature Touch ID underneath the display,” the report added.

Furthermore, the report also went on to suggest that the smartphone will have wireless charging. It also mentions that the device will have a large power button with “two points contact.”

If the recent rumour turns out to be true then the next iPhone will come with a fingerprint sensor embedded into the display. There are possibilities that Apple may be testing more than one prototype of the upcoming device.