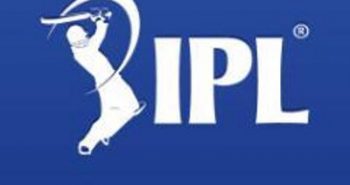 It is unlikely that when Ben Stokes and Tymal Mills first started playing the game of cricket they believed it would one day make them millionaires but the capture of Stokes, for 1.7million, and Mills, for 1.4 million, in today’s Indian Premier League auction is a life-changing moment for both. It also signals what has been evident for a while: England are a burgeoning force in white-ball cricket.

As one of the most aggressive and dynamic all-rounders in the world game, that Stokes was the hottest property in the auction, his first foray in to the IPL, is not a surprise. Yet the huge sum paid by the Rising Pune Supergiants, making Stokes the most expensive overseas player in the history of the competition, was beyond perhaps even the wildest dreams of the Durham man.

England reward their players handsomely – and Stokes is understood to be one of their best paid – but the sums spent on English players today are still enough to have a huge impact on careers and lives. Chris Woakes, who was signed by the Kolkata Knight Riders for 500,000, has made more money in one morning than he will have done for the last three or four years. As well as the remuneration, the level of expectation on Stokes and Mills particularly, has also skyrocketed.

For Stokes, it is reward for the complete package that he has become: he can swing the ball conventionally and reverse at good pace as well as being a capable death bowler; his strike-rate in T20 international cricket is 136.17 – better than Brendon McCullum and Virat Kohli – and he can bat in the top order or as a finisher lower down; he is also one of the most athletic fielders in the world with a rocket arm and bucket hands.

Stokes’s huge price tag – Australian and Supergiants’ captain Steve Smith has already tweeted that the first round is on Stokes when they get to India – may have been influenced by the relative lack of the world’s best players being up for auction, most teams had retained the players they wanted from last season which meant that competition for him and Mills was at fever pitch, but nevertheless, it is a quite astounding figure even considering the player the Supergiants are getting.

Before he heads to India, Stokes first has a job to do for England in their three match One-Day International series against the West Indies in the Caribbean beginning next week. Then his attention can turn to delivering in the IPL, which for him begins on April 6 when the Supergiants take on Mumbai Indians, who Jos Buttler represents. It is a competition Stokes is clearly relishing being involved with.

“I tried to watch it live on a stream but it wasn’t working so I had to follow it on Twitter,” Stokes wrote on his website on Monday (February 20). “There were so many tweets on it that it was hard to keep up and I was awake from about 03:30. Then I had another hour’s sleep before I was up with the kids.

“I’m really pleased now that it’s sorted and it’s started to sink in. I’ve been talking about it with Neil Fairbrother [his agent] for the last three years or so – I really trust his opinion – and we felt this was the time to go for it. The excitement is huge, it’s the biggest franchise competition in the world with all of the biggest and best players involved.

“I can’t wait to get over there and meet everyone at Rising Pune Supergiants and I’m really grateful to them for giving me this opportunity. In terms of cricket experience, it will only do me the world of good.”

It is also quite a turnaround for Sussex’s left-armer Mills. Not so long ago, he feared for his career due to a severe back injury and yet here is now as a million pound cricketer. He has not bowled with a red ball for almost two years and has been forced to focus on becoming a T20 specialist, reluctantly conceding his is unlikely to play much 50-over or Test cricket because of the fragility of his body.

Mills’s mix of extreme pace and deceitful slower balls has made him one of the brightest T20 bowling prospects in a game dominated by batsmen. In years gone by, Mills may have been forced to quit the game, unlikely as he would have been to be able to retain a county contract only playing one format, but T20 now provides opportunities and riches galore. His rise may yet provide inspiration for more English cricketers to go down the specialist T20 route.

“Tymal really has developed,” Jon Lewis, Sussex’s bowling coach, told Cricbuzz. “He’s become a much more consistent bowler. When he first turned up at Sussex his lines and his lengths were unpredictable. He would miss most of the time. He’s now physically in better shape which means he is more able to repeat technically. It’s down to how hard he’s worked. He’s changed his running style and technique in his run up which has led to his deliveries being in a more consistent area.”

How will Mills handle the increased expectation that will now come his way? “I don’t think he will have a problem,” said Lewis. “He’s an extremely level young man. I know it’s a huge price tag on his head and the interest he will get in India and in the UK will be quite intense for him. However, he’s very calm, very grounded and he’s determined to make a real good living out of playing Twenty20 cricket.”

Buttler and Sam Billings had already been retained ahead of the auction by their previous franchises and the signings of Stokes and Mills, in addition to those of Woakes, Eoin Morgan to Kings XI Punjab, Chris Jordan to Sunrisers Hyderabad and Jason Roy to Gujarat Lions shows just how far English one-day cricket has come in the past two years. Never has there been such interest in English players at the IPL.

Andrew Strauss, England’s Director of Cricket, is known to be in favour of the country’s cricketers playing in the world’s T20 leagues in order to gain more experience and exposure of the shortest format but it will also take careful management to ensure that players still hold England as their number one priority and they remain available for all the national side’s fixtures. The example of West Indies, most of whose best players play in T20 competitions around the world but rarely represent the national team, should be a warning.

Two One-Day Internationals (ODIs) against Ireland which begin on May 5 mean that all those England players picked up by IPL teams, with the exception of the T20-only Mills, will likely have to be back in England by May 1, three weeks before the end of the IPL, in order to prepare. That has obviously not put teams off England players for the moment but it may be a conflict that grates both the players and franchises in years to come.

A final thought. The attractiveness of England players in this year’s auction also renders the England and Wales Cricket Board’s (ECB) argument that a new T20 competition is needed to develop and produce star T20 players somewhat hollow. All of those signed learnt their trade in the much derided Natwest T20 Blast which gives further credence to those who argue that the standard of play in the competition is undervalued. The money spent on Stokes and Mills in particular has proved that county cricket, much derided as antiquated and lacking in intensity and quality, still has the ability to produce superstars.

WTC Final: Bhuvneshwar Kumar could have done everything for India, says Aakash Chopra

WTC Final: Virat Kohli an aggressive captain, he will always go for the win – Irfan Pathan