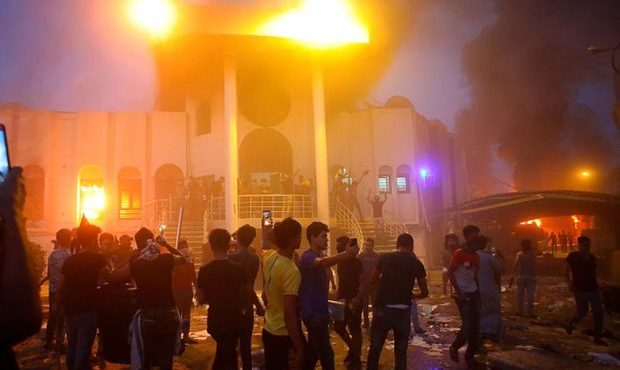 Iran blamed Iraq for failing to protect its embassy and said it expected Baghdad to “identify and punish the attackers quickly,” said Bahram Qassemi, the spokesman for the ministry

Civil unrest fuelled by anger against perceived corruption and misrule by Iraq’s political elite intensified across the south of the country on Friday, as protesters stormed the Iranian consulate in Basra while others briefly took workers hostage at a nearby oilfield.

The protesters held two Iraqi employees hostage for about an hour before leaving the facility peacefully, according to a Lukoil source and a source with Basra’s energy police. Production was not disrupted, a manager at the oilfield said.