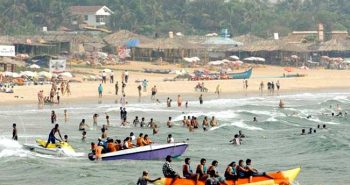 Israel’s Counter-Terrorism Bureau on Friday issued a travel warning for India, saying there was an immediate threat of attacks at tourist hotspots in the country, particularly in the south-western region. The country’s anti-terrorism directorate also asked families in Israel to contact their relatives in India and inform them of the threat, Reuters reported.

“We are warning Israeli tourists in India of the possibility of imminent terrorist attacks against western targets and tourists, particularly in the southwest of that country,” Israel’s anti-terrorism directorate said in a statement released by the Prime Minister’s office.

“A particular emphasis should be put on events in the coming days in connection with beach and club parties celebrating the New Year where a concentration of tourists will be high,” the warning said.

Israelis were advised to phone family and friends in India to warn them of the threat.