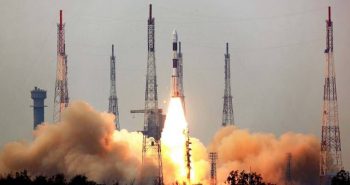 Indian Space Research Organization sending satellites to space in the rocket with the name of PSLV, in a continues streak today ISRO have launched 104 Satellites in a single rocket, and this is world record by India, Prime Minister Narendhra Modi had wished about this on his twitter page.

India had made a world record here and no media has time to telecast it they having time only for covering OPS, Sasikala and Deepa.