Jallikattu will be in two days(OPS):- 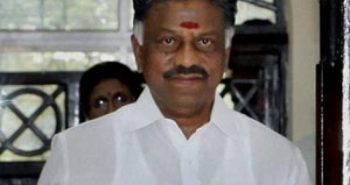 Tamil Nadu Chief Minister OPS on Friday had send a draft ordinance seeking an amendment to the Prevention of Cruelty to Animals Act, 1960 to the Ministry of Home Affairs, urging protesters to withdraw from Marina beach.

Ops said that “I believe draft will be approved in one or two days which will pave the way for Jallikattu,” news agency ANI.

The chief minister said he had detailed discussions with constitutional experts on the way forward, following which a decision was taken to send the amendment to the MHA for approval. “To take up the draft of the amendment further with the Union government, I have deputed senior officials of the state to work with Centre.” News agency PTI  reports that the Tamil Nadu government will pass an ordinance after getting the amendment approved by President Pranab Mukherjee.

On Thursday, Panneerselvam met with Prime Minister Narendra Modi urging the Centre to pass an ordinance, but the Prime Minister said the issue was sub-judice and the government could not interfere. He, however, assured the Tamil Nadu government of all support should the state government take any decision in favour of Jallikattu.