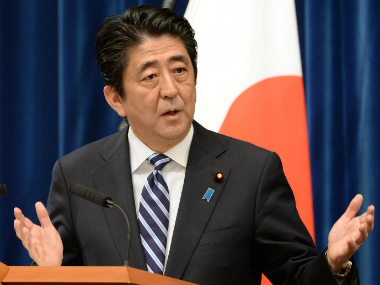 Japan’s prime minister said on Monday the Trans-Pacific Partnership trade deal would be “meaningless” without U.S. participation, as Donald Trump announced he planned to quit the pact.

Abe spoke after attending a weekend meeting of Asia-Pacific leaders in Peru at which some said they might seek to modify the 12-nation TPP pact to make it more appealing to US-President-elect Donald Trump, who has strongly criticized it, or seek to implement it without the US.

But Abe discounted the idea of going ahead without American participation.

“TPP is meaningless without the United States,” he said at a news conference during his official visit to Argentina.

He also said the pact couldn’t be renegotiated. “This would disturb the fundamental balance of benefits.”

Last week, he became the first world leader to meet with Trump since his election. Abe, who was seeking reassurances over the future of U.S.-Japan security and trade relations, described the meeting as “really, really cordial,” but he offered few details of their discussion.