Jayalalitha was not conscious when she was admitted to Apollo:- 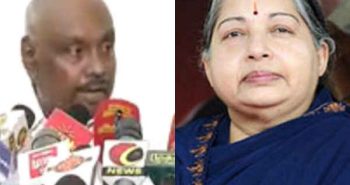 P.H.Pandian in a press meet today raised a question that “what happened in Apollo for 75 days?”, and he also said that when the time jayalalitha was admitted to hospital she was in an unconscious state, I was keeping my voice and should open it on February 24th but I can’t hesitate the things which is going on for the past two days.

Jayalaitha was brought to Apollo on September 22nd and the reasons were fever and low water content in body, but there in poes garden Jayalalitha was in a pressure also a little fight has occurred and someone pushed her down after that only she went to unconscious state.

September 22nd Jayalalitha was admitted in unconsciuos state and the 75 days we were in the hospital only said by P.H.Pandian, the treatments which were given to Jayalalitha is unknown for everyone, except only one.

In yesterday apollo doctor’s press meet they said that jayalalitha was conscious and she’s able to do works and she ate and watched tv.