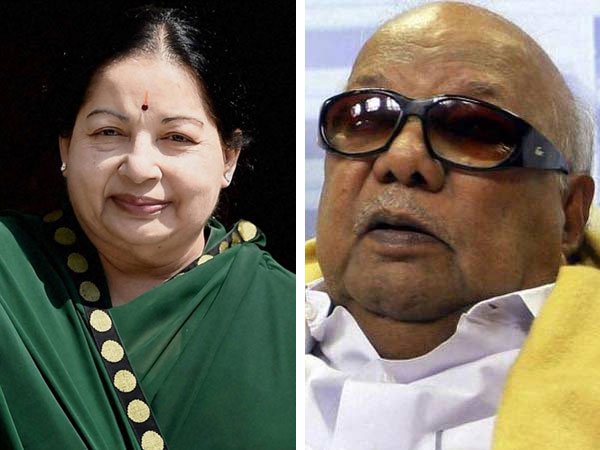 While they were poles apart politically, Arch rival of Jayalalithaa, DMK Chief Karunanidhi says ,“Even though she died at a relatively young age, “Jayalalithaa’s name and fame will remain forever”.

In his condolence message, Mr. Karunanidhi, who is in the intensive care unit of the Kauvery Hospital, said that though the DMK and the AIADMK had a lot of differences, it was beyond doubt that Jayalalithaa strongly defended the interests of her party.

Mr. Karunanidhi said, “When everyone was hopeful that she would recover from her illness as she was treated by internationally renowned medical professionals, she died and I was saddened by her end.”

Deeply saddened by the demise of our CM Selvi Jayalalithaa. My deepest condolences to the party cadres & well wishers in this hour of grief. She was an iconic & courageous leader. This is an irreparable loss to the people of TamilNadu. #Ironlady #RIP – M K Stalin