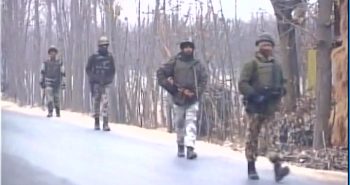 An encounter  between terrorists and security forces is underway in Langate area of Handwara in Jammu and Kashmir today early morning.

The terrorists are exchanging fire with security forces.

Reports said that army and police launched a search operation in Langate after inputs about the presence of two militants hiding there.

Few gunshots were heard during the operation, further updates are awaited.

After the surgical strike by the Indian armed forces across the Line of Control (LoC), terror attacks in the Jammu and Kashmir have increased.