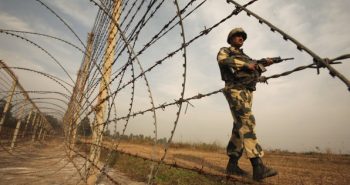 A Lakshkar-e-Taiba terrorist was killed in an encounter with security forces in Budgam district of Jammu and Kashmir, in the early hours of Friday. Al-Badr terrorist Muzzafar Ahmed, who had links with Lashkar-e-Taiba (LeT), was gunned down by the security forces after heavy exchange of fire in the wee hours of Friday, according to reports. Ahmed, who was wanted in several cases, was earlier associated with Lashkar-e-Taiba (LeT). Unfortunately, a policeman sustained critical injuries during the encounter.

“The security forces were fired upon after they closed on the house where Muzaffar Ahmad Naiku ali alias Muza Molvi was hiding. The militant was killed in the encounter which has ended now ,” the police said to news agency ANI. The police also said that they are continuing the search operation in the area.

As per the officials, the slain commander was one of the longest surviving militants and the most wanted guerrilla in Jammu and Kashmir.