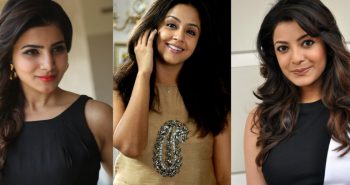 Ilayathalapathy Vijay’s ‘Bairavaa’ is shaping up well and the team is currently working on the trailer and they will be launching it soon.

Vijay will be teaming up with director Atlee for his next big venture under the banner of Sri Thenandal Films.

According to the latest buzz in Kollywood, Atlee has pulled off a casting coup for his upcoming film with Ilayathalapathy Vijay. Kajal Aggarwal and Samantha will be seen playing the two female leads in the film while Jyothika has also been roped in to play an important role.

Though there is no official announcement on the same, the doing the rounds are Jyothika, Kajal Aggarwal and Samantha. Interestingly  all of Vijay’s earlier outings with theses heroines (individually) have turned out to be phenomenally successful at the box office (Khushi, Thirumalai – Jyothika,  Thuppakki, Jilla – Kajal Aggarwal, Kaththi,Their- Samantha). Recently comic actor Vadivelu was also speculated to be a part of this film. An official confirmation is awaited on his inclusion as well.