Kajal Aggarwal in Deekay’s next? 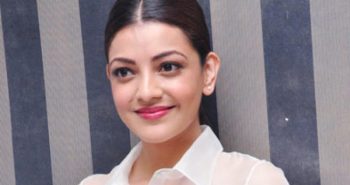 After the release of Kavalai Vendam, we had reported that director Deekay has started working on a script for which the production company had approached Nayanthara to play the lead role. But currently, Nayanthara has Dora, Imaikaa Nodigal, Aramm, Kolayuthir Kaalam, Velaikkaran, as well as debutant director Bharat Krishnamachari’s untitled venture in different stages of production!
Now, it is being speculated that actress Kajal Aggarwal has been chosen to play the lead role in this black-comedy thriller flick.

A source close to the team reveals, “We thought of finalising Nayanthara as the heroine, but it didn’t materialise. Currently, we have initiated talks with a couple of actors and actress Kajal Aggarwal for the film, but nothing has been confirmed yet. It might take at least a week for everything to be finalised.”

Another source says that it was easy for them to approach Kajal as she had already worked with Deekay in Kavalai Vendam. Earlier, it was also reported that another director might be roped in to helm Deekay’s script. Now, it looks like the Yaamirukka Bayamey director will himself wield the megaphone.