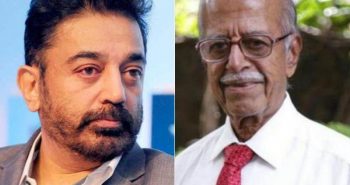 Kamal Haasan’s elder brother Chandra Haasan passed away in London late Saturday following a cardiac arrest. The news started spreading in the morning and Haasan took to Twitter to pay tribute to him in an emotional post, saying that Chandra Haasan was like his father and credited him for the success he achieved in his life.

“He (Chandrahasan) was a friend. A good teacher. He was not just my brother but he was also like my father. Because of him, I managed to succeed in my life. I did not even fulfill half of the dreams he saw for me, ” his post in Tamil roughly read as.

Chandra Haasan was 82 years old and was living with his daughter Anu Haasan.

He, along with Kamal and their elder brother Charu Haasan, who was an actor, were together handling the production house The Raj Kamal Films International. They also have a sister Nalini.