Kamal-Mouli film ‘Meyyappan’ is only rumour. 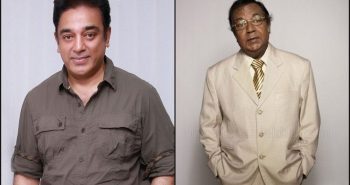 Ulaganayagan Kamal will ready for the next schedule of ‘Sabash Naidu’ soon. Now some sources said that Kamal’s next with legend director Mouli produced by AVM banner. Also sources said the title of this movie is ‘Meyyappan’

But now it is clear that this news is purely rumor. Recently Mouli met Kamal but they were not discussed about film, it is only a friendly meeting.

Kamal is now focused only to his Sabash Naidu’, after that he will be announced his next officially. ‘Sabash Naidu directed by Kamal and starring Shruthi Hassan and Ramyakrishnan.