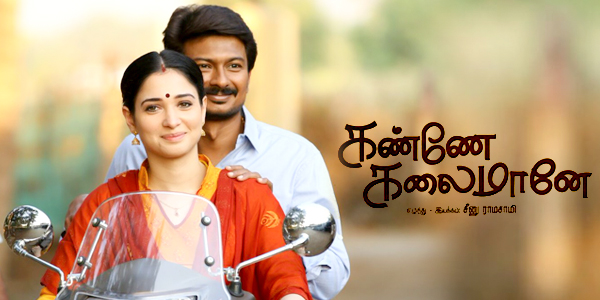 Udhayanidhi Stalin starring in a movie named ‘Kanne Kalaimaane’. It is an upcoming Tamil-language drama film. The film has already announced that will be released in February.

Udhayanidhi Stalin officially announced on his twitter page that the movie ‘Kanne Kalaimaane’ will be released on February 22. Another film ‘Psycho’ is expected to be released this year.

Seenu Ramasamy has been cast in the film and Tamanna, Vidyakkarasi, Vijayakumaran and many others have acted in this film. The film is composed by Yuvan Shankar Raja. Kalyan Viswanathan and Jalandhar Vasu are the cinematographer.