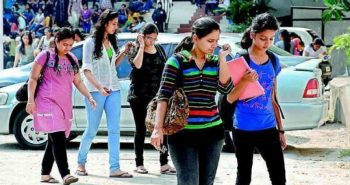 The state government will bring in a legislation on admission and fee structure of self-financing colleges in view of the Supreme Court directive regarding admissions. In a statement issued after an all party meeting here on Monday to discuss admission issues, Chief Minister Mr. Pinarayai Vijayan said that all political party representatives who attended the meeting were of the opinion that all admissions should be on merit basis. They however wanted to ensure that students from financially weak backgrounds should also get an opportunity to study while fixing an unified fee.

Meanwhile, the opposition UDF kept off the meeting alleging that the date and time was finalised without consulting them and they were informed only at the last minute. “The normal gesture was to decide the date and time of such meetings in consultation with all parties. It had not happened this time as well as during the previous all party meeting. The information regarding the meeting was informed at the Opposition leader’s office only by Monday noon, when all UDF leaders were in Malappuram in connection with the filing of nomination by UDF candidate P K Kunhalikutty,” opposition leader Ramesh Chennithala said in a statement.

The CM said that the legislation would be finalised after considering the opinion of all political parties. The government would also initiate talks with self-financing medical college managements, he said. Health Minister K K Shailaja spoke at the meeting of the fresh circumstances following the Supreme Court directive. Education Minister C Raveendranath, Ports Minister Ramachandran Kadanapally, Revenue Minister E Chandrasekharan and leaders of various political parties including K M Mani of Kerala Congress (M) and V V Rajesh of BJP attended the meeting.