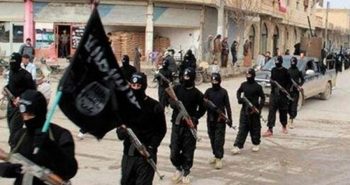 A day after an Uttar Pradesh native was taken into custody by the Ernakulam police for suspected IS (Islamic State) links, further probe has revealed that his wife had falsely lodged a complaint with the cops about his “terror links”. The Aluva Police had taken into custody Ahlad aka Imran (25) on the basis of a complaint filed by his wife, Thrikkarippur native, that her husband had been working for the outlawed outfit.

“We dispatched a team to Uttar Pradesh and took Ahlad into custody on his arrival at the Musafir Nagar railway station and brought him to Aluva late on Friday. However, we could find no evidence of him being linked to IS despite interrogating him for hours,” said K.G. Babu Kumar, Deputy Superintendent of Police, Aluva.

Primary probe revealed he had married the woman about eight months ago. The woman had come to Aluva in search of Alhad and found him staying at a lodge here. Soon an argument broke out between the two following which Alhad allegedly beat up the woman. In a fit of rage, she filed a false complaint on his terror links. However, the police lodged an FIR against him under IPC sections 341, 294(B), 506 and 327 for assaulting the woman during an altercation a couple of days ago.