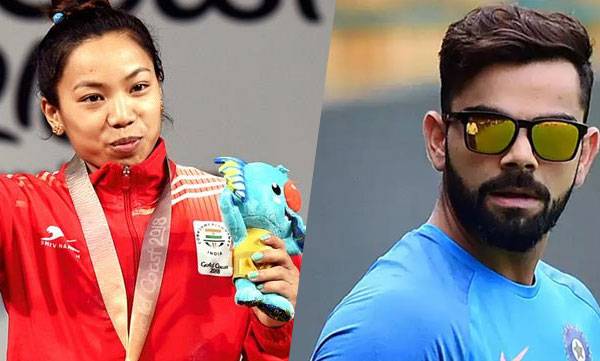 Indian captain Virat Kohli could well be on his way to becoming only the third cricketer to get the country’s highest sporting honour, the Rajiv Gandhi Khel Ratna award.

According to latest developments, the awards committee has recommended the names of Kohli and Commonwealth Games gold medal winning weightlifter Mirabai Chanu for the top honour.

Kohli went past the 6000-run mark in Test cricket during the England tour and has 23 centuries to his name in the longest format.Mirabai Chanu was the toast of the nation earlier this year as she won a gold medal at the Gold Coast Commonwealth Game