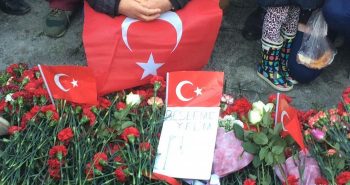 Turkey – based Kurdish militant group has claimed responsibility for a pair of bombings that killed dozens of people outside a stadium in central Istanbul Saturday night, escalating an already bloody conflict between Kurdish separatists and the Turkish state.

The twin explosions, from a car bomb and a separate suicide attack, killed at least 38 people, including 30 riot police. Another 155 people were wounded.

“Two of our comrades were heroically martyred in the attack,” according to a statement posted on TAK’s website.

Turkey is a NATO member and a partner in the U.S.-led war against the Islamic State group.