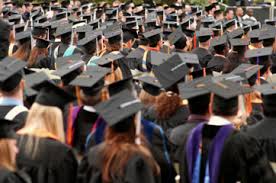 On Tuesday outside the Kerala Law Academy Law college it was tense drama as it lasted for four hours.  A student climbed the tree who was an ABVP activist.  He threatened to commit suicide.  A 73- year- old  spectator collapsed and was declared dead later.  Around 2 p.m. Shimith,a final year student of three year LLB course ,climbed on a tree having cans of petrol and poison.  Later the officials came.  The student  demanded to impound Principal P.Lakshmi Nair’s passport.  He demanded to arrest Ms.Nair under the Scheduled Castes and Scheduled Tribes (Prevention of Atrocities) Act, 1989.   He also wasted to consider student’s demands at a cabinet meeting on Wednesday.  The Police and fire and rescue services personnel arrived to the spot when they received an alert.  Police took efforts for negotiation with Shimith which were thwarted  by other agitators.  The demands to Home Secretary Nalini Netto was conveyed at 6 p.m.  by executive Magistrate A.M.Rahman.  It was told that passport officer would take steps to impound  Ms.Nair’s passport.  As for the other demands would be considered by the government.