Leaked: Android 8.0 to include these upgrades 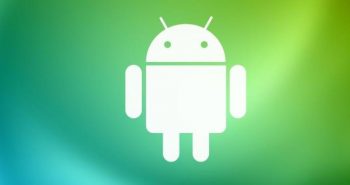 While most Android users are in the process of getting their devices updated to the Android 7.0 Nougat OS, Google already seems to be working on getting the next version of its OS on track. While an official name for the Android 8.0 is not out yet, a new report suggests that it could be named anything, either Oreo or something else starting with ‘O’.

A new report published by Venture Beat reveals a few details regarding the upcoming features of Android 8.0 that is expected to release in the second half of 2017, i.e. at its I/O developer conference in May.

The upcoming updates are expected to help Google catch up with Apple. Here are the top upgrades that have been rumoured to come along with the next Android OS:

Google is reportedly working on a new feature called Copy Less that will apparently be cutting down on the hassle of copying text from one app and pasting it on another.

“As an example, if you and a friend are having a conversation in a chat about where to eat dinner and you find a good restaurant in the Yelp app, when you go back to your conversation and type ‘it’s at,’ one automatically generated suggestion in Gboard would be the restaurant’s address,” the report read.

No information regarding whether the feature will be added to Google’s standard-issue Gboard virtual keyboard app has been shared yet.

Google is also reportedly working on a way to make the messaging experience more convenient for its users. The company is planning on adding a feature that will allow Android to recognise the address included in a text message directly in Google Maps. Moreover, the same upgrade will be applied to Gmail as well.

This feature is already available in iOS devices.

Google will also be adding a feature that will allow users to make use of finger gestures to perform actions on their smartphones. “For example, if you draw the letter C onscreen, then Android will show a short list of recent contacts. It’s possible to bring up contacts using the “OK Google” voice command on Android, but a gesture could be faster,” the report read.

Google hasn’t made any official comments on this report yet.