‘Leave me alone’: Gurmehar Kaur withdraws from ‘Save DU’ campaign 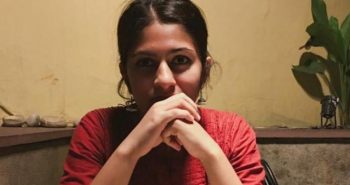 Delhi University (DU) student Gurmehar Kaur, who launched a social media campaign against RSS youth wing ABVP through a Facebook profile picture, said on Tuesday that she was withdrawing from the ‘Save DU’ campaign.

“I’m withdrawing from the campaign. Congratulations everyone. I request to be left alone. I said what I had to say…I have been through a lot and this is all my 20 year self could take :)” she tweeted on Tuesday morning.

Kaur however urged Left-wing students to continue with the planned protest march today. “The campaign is about students and not about me. Please go to the march in huge numbers. Best of luck,” she tweeted.

She added,“To anyone questioning my courage and bravery.. I’ve shown more than enough. One thing is for sure, next time we will think twice before resorting to violence or threats and that’s all this was about.”

On Monday, Kaur had said that she was ‘heartbroken’ over the controversy her views had caused.

However, Kaur, the daughter of a Kargil martyr, also hit back at MoS Home Kiren Rijiju, stating that she was not under anyone’s influence.

“I have my own mind. Nobody is polluting my mind. I am not anti-national,” news agency ANI quoted Kaur as saying. She was responding to Rijiju’s tweet saying, ‘Who has poisoned this young girl’s mind?’

Gurmehar also hit back at those attacking her on social media. “Don’t call me a Martyr’s daughter if that bothers you. I never claimed to be anything otherwise. You can call me Gurmehar.”

The 20-year-old student of Lady Shri Ram College has been provided ‘Home Guards’ as security by the Delhi Commission for Women (DCW), its chief Swati Maliwal said on Monday. This was in response to a complaint filed by Gurmehar against ABVP.

Police said they were examining a letter received from the Delhi DCW demanding security for Kaur.

Kaur started the campaign “I am not afraid of ABVP” following the violence at Ramjas College where the ABVP clashed with the Left-leaning All India Student Association (AISA) last week.

Her campaign went viral and received massive support from students across universities. She also received the support of Congress vice-president Rahul Gandhi and Delhi chief minister Arvind Kejriwal, among others.

Kaur also faced criticism, with a BJP MP comparing her to Dawood Ibrahim and ex-cricketer Virender Sehwag taking a stand against her. But Kaur insisted that she won’t be intimidated.

“I am not afraid because I am fighting for the right thing,” she said. She added that she was ready to face bullets like her father had in 1999.