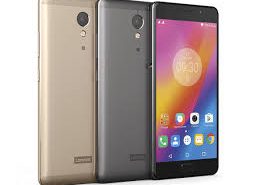 Lenovo could launch its P2 smartphone in India as it has started promoting the device from its official Twitter handle. On Twitter Lenovo is running a campaign stating, ” How often do you lose your way because of low phone battery? Travel fearlessly with the longest lasting battery #LenovoP2 #Powerhouse coming soon.”

The smartphone was announced with a 5.5-inch Full HD Super AMOLED display and a 2GHz Qualcomm Snapdragon 625 processor. There are two RAM variants of the phone; 3GB RAM and 4GB RAM. The storage space is the same at 32GB, which is expandable to another 128 GB.

Rest of the features include a 13MP rear camera, a 5MP front facing camera, dual SIM support, a microSD card to expand the storage, 4G LTE support, Wi-Fi, Bluetooth, FM Radio and of course the highlight, a 5,100mAh battery with fast charge support. The handset will arrive with Android 6.0 Marshmallow out-of-the box.  The smartphone comes in gold and grey colour options.

The smartphone was announced in China at CNY 2,499 (Rs 25,000 approx) however it could be priced lower than Rs 20,000 in India since the company might announce a lower storage variant. No confirmed launch date has been confirmed as of now, but we will keep you updated on the launch.

When Motorola one power launched in India