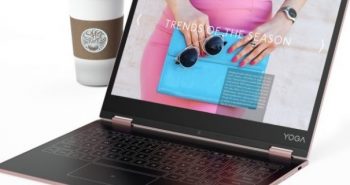 Lenovo is going to make the people to forget about the hardware keyboard, Lenovo had introduced its new Two in One device with touch keyboard and the name of the device is “Lenovo YOGA A12”, its going to work in the windows 10 platform this is an updated version to the Yoga notebook which was launched last year.

This new version can be used as both as laptop and as a tablet, its American dollar value is 299.99 and in Indian rupees its estimated amount will start with 20,000. Its also designed to work in an android platform and its specifications are as follows.

It has a 12.2 inch screen and a 2GB RAM its internal memory is 32GB and it will be available for purchase on Lenovo website from February 8th.