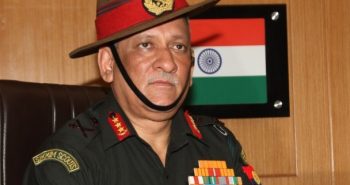 The government tonight also appointed Air Marshal BS Dhanoa, the Vice Chief of the Indian Air Force, as the next Chief. Air Marshal Dhanoa is a fighter pilot who commanded a fighter squadron during the Kargil conflict and undertook multiple night sorties in the mountains.

Both Rawat and Dhanoa will assume office from December 31.