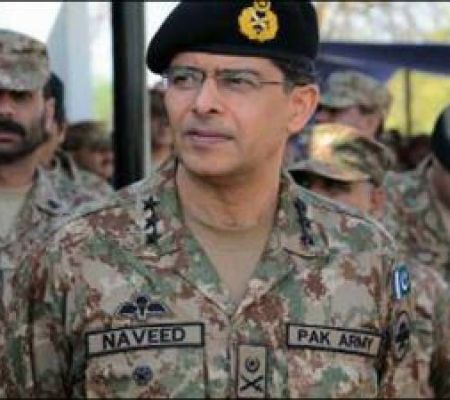 Pakistan Army said in a statement on Sunday, Lt Gen Naveed Mukhtar has been appointed as the new chief to head the powerful Inter-Services Intelligence Directorate by Army Chief Gen Qamar Javed Bajwa vice Lt Gen Rizwan Akhtar who has been posted as President of National Defence University (NDU).

Lt Gen Naveed Mukhtar, who was serving as a corps commander Karachi for two years was recently succeeded by Lt Gen Mirza.

Lt Gen Naveed Mukhtar was previously DG-CT in ISI and commander of 26 mechanized division in Bahawalpur. He joined the Army in 68 PMA. He grew his ranks till Major with 13 Lancers. Then he commanded 22 Cavalry. He is form the armoured corps.

The appointment is normally for a three-year period unless the ISI chief retires or is replaced by the army chief.