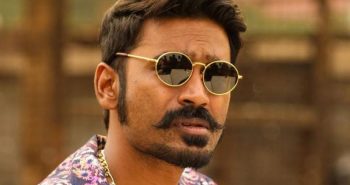 The Madurai bench of the Madras High Court on Friday quashed the maintenance case filed against actor Dhanush by a couple from Melur, Tamil Nadu.

Last month, Dhanush appeared before the Madurai bench in connection with an elderly couple’s claim that he is their biological son.

A bench headed by Chief Justice G. Chockalingam ordered the government doctors and the registrar of the High Court bench to verify his identification marks.

After the authentication process, the judge adjourned the case to March 2 for final hearing.

Reportedly, the actor refuted their claim while stating that this was a way to extort money from him.

In their petition before the judicial magistrate’s court, the couple – R. Kathiresan (65) and his wife K. Meenakshi’s (53) claimed that the actor was their third son. The couple also sought maintenance of Rs. 65,000 per month from the actor.

According to the plea, the actor was a school boy when he ran away to Chennai. The couple could not trace him then but recognised him while watching his movies.

But the actor clarified that his birth name R. K. Venkatesh Raja was changed to Dhanush K Raja in 2003. The couple in their plea said the papers that were filed before the court clearly stated that his name was mentioned as Dhanush in 2002.