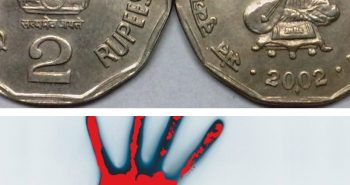 This incident was occurred on Tuesday night in Hayat Nagar under Rachakonda. The youth name found out to be Rajesh came under a truck while trying to escape from five persons who were beating him up. A fight for four rupees, police said on Rajesh, who purchased cigarettes from a pan shop, had a quarrel with the shop owner for not returning the change worth four rupees.

Following this, the shop owner and his friends thrashed Rajesh. The incident was recorded in a CCTV camera in the area. Rajesh is seen running across the road, even as some more people cross behind him. Following this, they are seen bringing Rajesh back to the other side of the road, where they allegedly went on to trash him.

As he reportedly tried to escape again towards the other side of the road, he did not notice a truck, which ran over him.Police registered a case and arrested the shop owner and his friends.