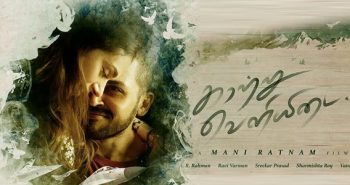 The Charming and Beauty Aditi Rao Hydari entering into Kollywood through this film with warm Welcome.

The teaser of one of the most awaited films of 2017, ‘Kaatru Veliyidai’ will be released on New Year Day the 1st of January 2017.

The film is a romantic action film, the film has been predominantly shot in Ooty and Leh-Ladakh.  Produced by Sri Thenandal Films, the film will also be dubbed in Telugu as Duet and Dil Raju has clinched the rights for the Telugu dub.