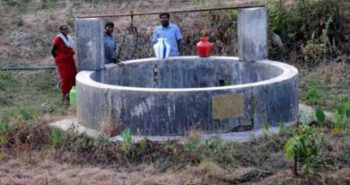 In  God’s own country Kerala,water is a major crisis in Palakkad district.  There is an alarming depletion of groundwater.  A survey was conducted by the department of Geography and Palakkad stands top among the districts in Kerala on many counts in the Water Poverty Index (WPI).According to research student M.Reshma a lot of money will have to be spent by families . “The WPI is a measure that combines indices of water availability and access with indices of people’s capacity to pay.   The global measuring level is new to India but its parameters are very much applicable to Palakkad.   Here the water resources are turning scarce and people would be forced to pay to get quality water,’’ said Mr. Scaria in an interaction with The Hindu.  80% of the Palakkad residents feel unhappy  about the quality of water.  The drinking water is unsafe when there is  high content of fluoride along with large scale contamination.  A large number of cholera cases are getting reported every year from the banks of the Bharathapuzha ,especially from Pattambi-Thirthala regions.  “Water-borne diseases are very much high in Palakkad while comparing with other districts,” she said.  In other parts of the state ,household consumption is increased  but in Palakkad  it has remained by and large stable.  Many bore- wells dug in recent years have turned out to be of no use in the district owing to groundwater depletion.  Palakkad is in the 61st position as per WPI yardsticks though it is yet to be confirmed officially.  “Deficiency in average rainfall is the most worrying issue. In the last monsoon, the deficit was of 34%.   The government should initiate more research and action programmes to address the challenge,” Mr. Scaria said.