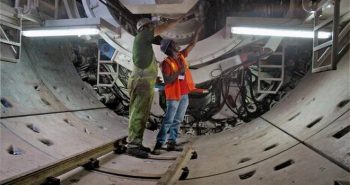 Thousands  of passengers of Kolkata Metro were stranded in the tunnel of the metro railways for about 15 minutes after power outrage affected the service of the underground railways here on Thursday morning.  The Calcutta Electricity Supply Corporation (CESC) was blamed by the Metro authorities for the disconnection of power without any prior information.    “Electricity supply was disconnected at 9.53 a.m.  Normal metro services resumed at 10.08 a.m.,” Indrani Banerjee, Chief Public Relations Officer, Metro Railways said.  The trains that was brought to the platforms  were rolled and it was brought from the tunnel.   After powershutdown  the tunnel and the platforms was pitch dark said the passengers.  The major fault at its Budge Budge power station led to the powerblackout.  Power supply in many areas of Kolkatta was also disrupted.   Chief Minister Mamata Banerjee has called a meeting of senior officials of power department to access the situation.  Many students are taking up class x board examinations.