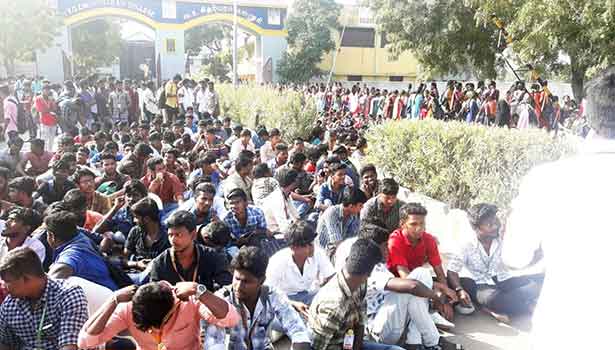 In Pollachi, women are being harassed and taken to take drastic action against the victims.

Students from Thoothukudi arts College have been involved in the struggle to take serious action against criminals who have harassed and cheated women in Pollachi.

They boycotted the college classes and sit in front of college and held the protest. They insisted that they should take the most serious action against the criminals and insisted that a proper investigation should be conducted in the matter.