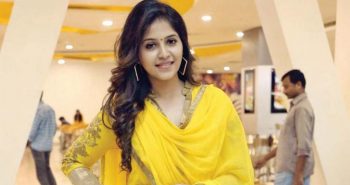 Anjali, who acted in a women- centric Tamil film Iraivi, has now signed yet another movie which has women leading the way, but this time it’s a Telugu project. Titled Chitrangada, the thriller is a first-of-its-kind film in her career, according to her. In a chat with DC, the actress reveals more about the Telugu film, her other ventures in Tamil and about her marriage plans.

“After the horror comedy, Geethanjali (her other Telugu venture), many approached me with stories in the same genre, but I didn’t want to do it again. And that’s when director Ashok came up with Chitrangada, a thriller, completely different from my earlier films,” says Anjali. She adds that the title of the film is based on a character from Mahabharatha. “One of Arjuna’s wives’ name is Chitrangada, and she participates in the war. She is a woman with many manly qualities, just like my character in the film. I play Chitra, a tomboy,” she says. She asserts that the film’s script is based on real incidents that happened a few years ago.

The actress is also busy with half a dozen films in Tamil, including a horror film, a genre which she is exploring for the first time here. “I am choosy about my projects and don’t want to take up a lot of films at one go. I want to do the best of films and want people to talk about my roles. It’s not like I take up a film, take the remuneration, shoot and am done,” says the actress.

There has been a lot of buzz surrounding her marriage for a while. She clarifies, “Right now, I am focussing on my career and have a huge line-up of films. I have no marriage plans. But if something happens, I will surely inform everyone. For now, we are looking for a girl for my brother,” says the actress