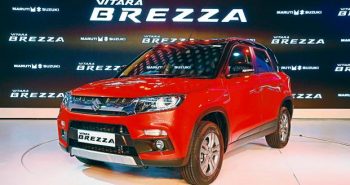 India’s largest passenger vehicles maker in terms of both revenue and volumes has posted healthy sales number for the month of November despite currency demonetisation move by the government playing the spoil sport.

Total sales for the month of November is up by 12.2 per cent at 1.35 lakh as against 1.2 lakh on a yearly basis. The increase was primarily driven by new launches in both the compact segment and sedan segment.

Domestic sales of the car maker stand at 1.26 lakh as compared to 1.1 lakh, representing a double-digit growth of 14.2 per cent year-on-year.

Sale of utility vehicles such as Gypsy, Vitara Brezza and Ertiga continued to outperform, surging 98.1 percent to 17,215 vehicles.