Master plan of sasikala : will people accept her:- 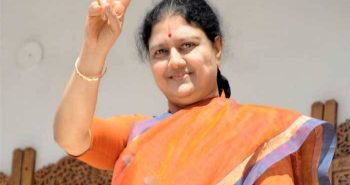 But still sasikala is struggling to remove OPS from the chief minister post, the reasons were

1.The actions taken by OPS during Vardha and Jallikattu.

2.People having good faith in OPS.

3.Most important reason central government’s support is in OPS side.

4.If Paner post in danger, DMK is ready to help.

By passing all these struggle if sasikala managed to get the chief minister post surely a big violence will explode everywhere reported by Spy department, so sasikala is ready with a master plan for that and that is signing in the removal of alcohol file, she’s thinking that if that is done the people will trust her let’s wait and watch if her plan is working or not.