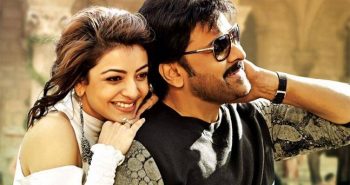 The Megastar Chiranjeevi’s comeback movie “Khaidi No 150” has already completed censor formalities  and has been cleared with a U/A certificate with not many cuts.

The team of Khaidi is very happy with the  censor certificate and the movie has been planned to hit the screens on January 11th all over. Now, Mega Fans are waiting for the grand pre-release event to be held on January 4th in Vijayawada.

It is directed by VV Vinayak, music is scored by Devi Sri Prasad. Kajal Aggawral and Sriya saran are playing the female lead. The film is being bankrolled by Chiru’s son Charan under Konidela Productions banner.

Jyothika, Samantha and Kajal to play female leads in Vijay 61

Thala 57: Vivek Oberoi calls Ajith the one and only superstar