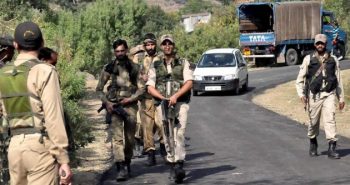 J&K saw twin terror attack bids in Nagrota and Chamliyal districts on Tuesday morning. As per current reports two terrorists have been shot dead by the security forces while 3 jawans have been injured.

Militants targeted an army camp in Nagrota in Jammu and Kashmir and simultaneously attacked Chamliyal in Samba area.

Nagrota is the headquarters of the Army’s 16 corps.

The militants attacked the Army camp at around 5:30 am. Heavy firing exchanges is still on between the other attackers and security forces.

The areas near Nagrota were cordoned off and schools were closed. Exchange of firing is underway between the militants and security forces.