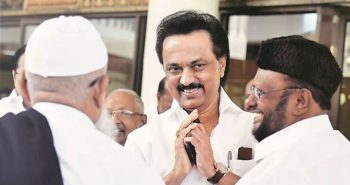 Last month, the DMK had announced that its General Council meeting — deferred in view of M Karunanidhi’s hospitalisation — would be held on 4 January. And the stage is seemingly set for DMK treasurer MK Stalin to take over the party’s reins, albeit in a non-permanent capacity.

Stalin, who is also Leader of the Opposition in the Tamil Nadu Assembly, is widely tipped to be appointed “working president” of the party in the General Council, the powerful decision-making body of DMK. The meeting was held at the party headquarters Anna Arivalayam in Chennai.

“Mr. Stalin will be appointed by amending the bylaws of the party. In the past too, the party had amended its bylaws to create two deputy general secretary posts reserved for a woman and a Dalit,” said a former minister and DMK veteran.

“He will be the first working president of the DMK. In fact, the post of president was created only after the demise of party founder C.N. Annadurai, who had reserved the president’s post for his political mentor and Dravidar Kazhagam leader Periyar E.V. Ramasamy. Mr. Karunanidhi is the first president of the DMK,” recalled K. Thirunavukkarasu, historian of the Dravidian movement.