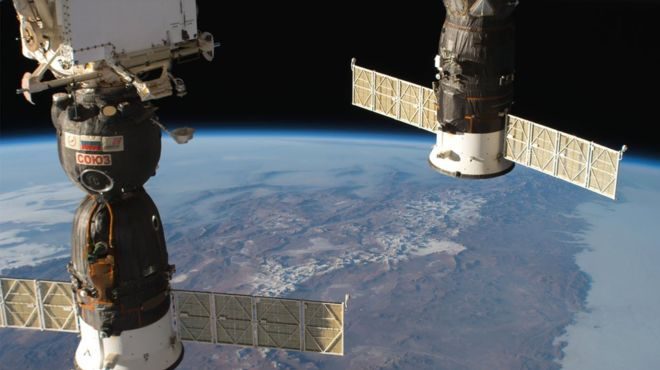 NASA sought on Wednesday to tamp down speculation that sabotage caused a tiny hole found last month in the side of a Russian module docked at the International Space Station, but the mystery remained unsolved.

NASA stressed in a brief statement issued from its Washington headquarters that Dimitri Rogozin, general director of the Russian space agency Roscosmos, had in public comments this week ruled out a manufacturing defect as the cause.

NASA spokeswoman Megan Powers said on Wednesday renewed media reports about the possibility of intentional damage to the Soyuz module stemmed from “rough translation” by some Western news outlets of Rogozin’s latest comments.