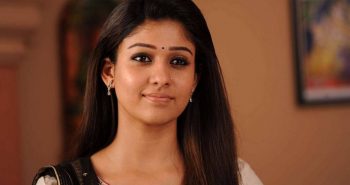 The actress has bagged one more female-centric project, which will be produced by Eros International, one of the leading production houses in India. The film is to be directed by débutante Bharat Krishnamachari.

The official statement from Eros is here:

” We are delighted to announce our next yet-to-be-titled project with Nayanthara. Our Debutant Director Bharath Krishnamachari had narrated a script of a life time to Nayanthara and she had instantly given a positive nod for the same.The whole industry is aware of her choice of roles and her rich script knowledge. Eros always had an inclination to work with her considering her huge screen presence and the opportunity to work with her was seized instantly. And here we are joining together to make a film of massive proportions. Highly acclaimed DOP, Chezhian will be wielding the camera and the other cast and crew will be strengthened at the earliest. The pre production work is on full swing and we are all set to start the shoot from March 2017″ declares Sagar Sadhwani, South Head of Eros.

As per the director, the movie will be shot in foreign locations like France, Germany, Czech Republic, Poland and Mongolia. Nayanthara will be seen in the role of a journalist and she travels many countries in search of her identity. Finally, she lands in Tamil Nadu to trace her family history.