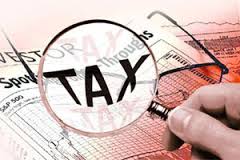 The Income Tax Department through its Non-filers Monitoring System was initiated by CBDT has identified 67.54 lakh people who did not file their returns in 2014-15 despite carrying out high-value transactions that year.

“The Income Tax Department has conducted the fifth cycle of data matching which has identified an additional 67.54 lakh potential non-filers who have carried out high value transactions in the financial year 2014-15 but did not file return of income for the relevant assessment year i.e. AY 2015-16,” CBDT said in a statement.

“While the government urges all taxpayers to disclose their true income and pay taxes, the tax department will continue to pursue the non-filers vigorously till all the high-potential non-filers are covered,” the department’s statement said.

The tax defaulters will find information on this move if they log in to their e-filing accounts and go to the “Compliance Module” section of the I-T department’s website, where they can also send in a response. The department is also sending notices to each defaulter with details of their transactions and taxes due. There appears to be no public list of the defaulters.