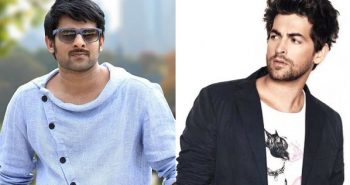 Bollywood actor Neil Nitin Mukesh is teaming up with Prabhas to play a baddie in a trilingual film, which will be made in Telugu, Hindi and Tamil.

The yet untitled film is being directed by Y. Sujeeth Reddy.

Talking about the project, Neil said in a statement: “I took close to one year to finalise this project. What excites me about the film is the fact that the storyline is very complex, the role is challenging, and I will once again get a chance to experiment. I’m excited to work alongside Prabhas and share screen space with him.”