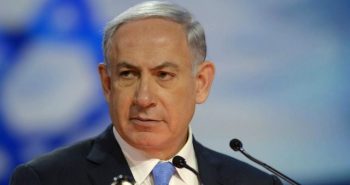 Israel’s prime minister lashed out at President Barack Obama on Saturday, accusing him of a “shameful ambush” by allowing the UN Security Council to pass a resolution declaring Israel’s West Bank settlements illegal and saying he is looking forward to working with his “friend” President-elect Donald Trump.

Benjamin Netanyahu’s comments came a day after the United States broke with past practice and allowed the UN Security Council to condemn Israeli settlements in the West Bank and east Jerusalem as a “flagrant violation” of international law.

“Israel rejects this shameful anti-Israel resolution at the UN and will not abide by its terms,” read a statement from his office.

“The Obama administration not only failed to protect Israel against this gang-up at the UN, it colluded with it behind the scenes,” it said.

“Israel looks forward to working with President-elect Trump and with all our friends in Congress, Republicans and Democrats alike, to negate the harmful effects of this absurd resolution.”

“The big loss yesterday for Israel in the United Nations will make it much harder to negotiate peace. Too bad, but we will get it done anyway!” Trump told his 17.9 million Twitter followers a few hours after Netanyahu’s comments.